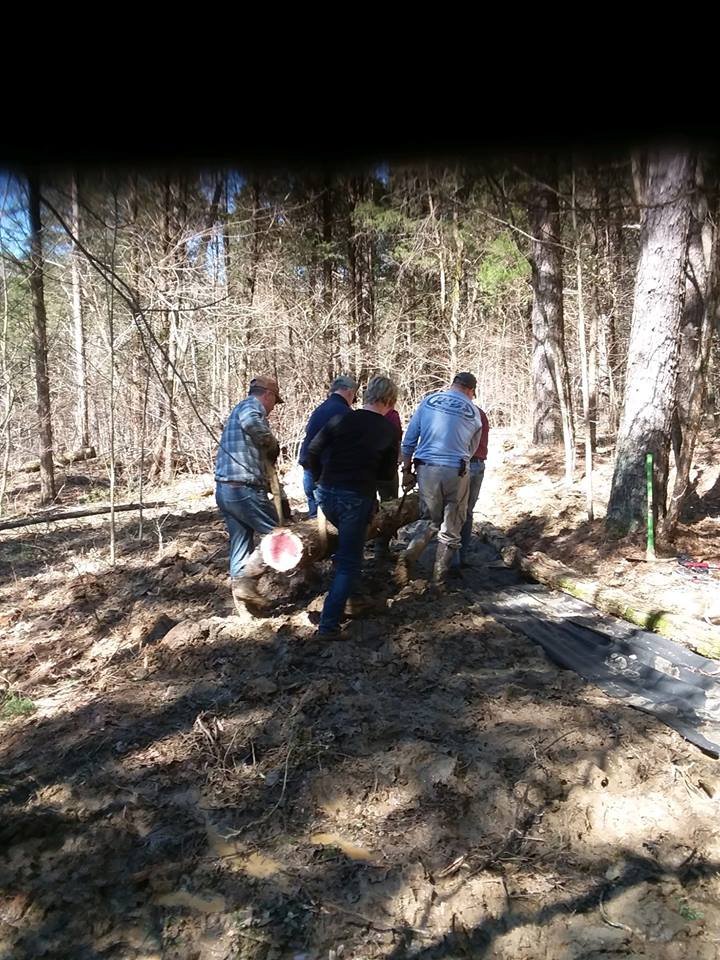 Since 2014, the STC through a cost share agreement does a variety of different things working with the FS to improve and maintain designated trails in the trail designation project.

pulling fabric in the mud 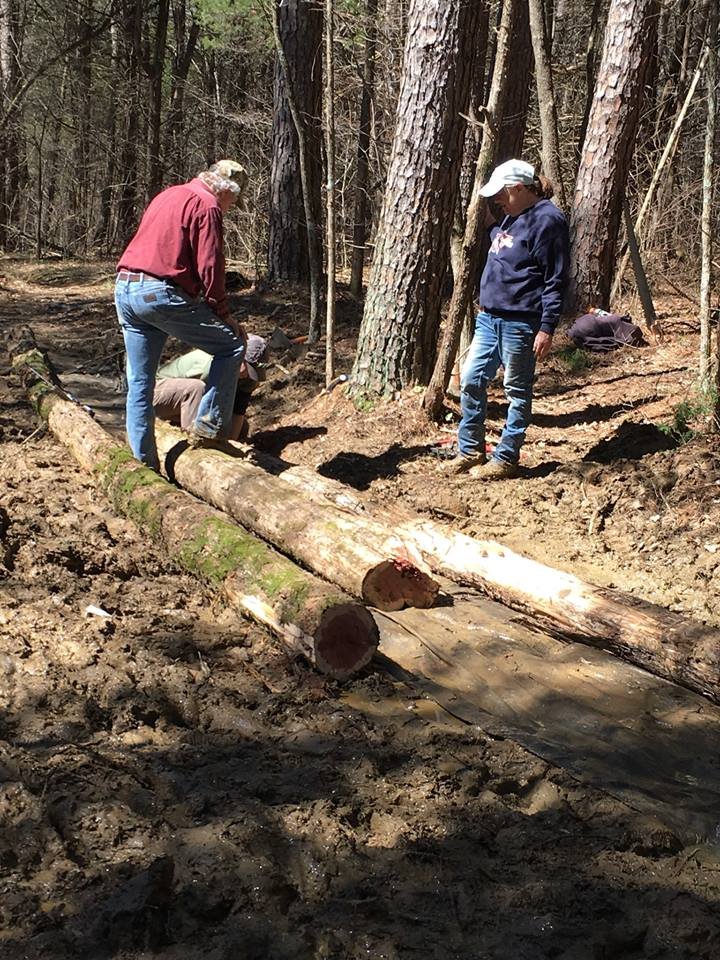 Pinning the logs in place 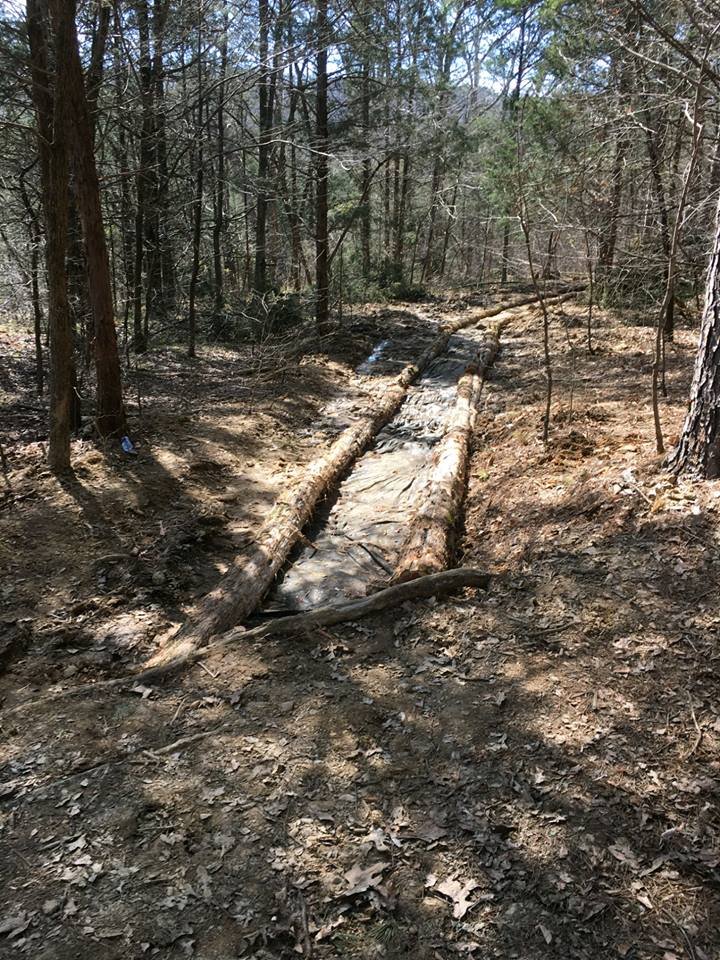 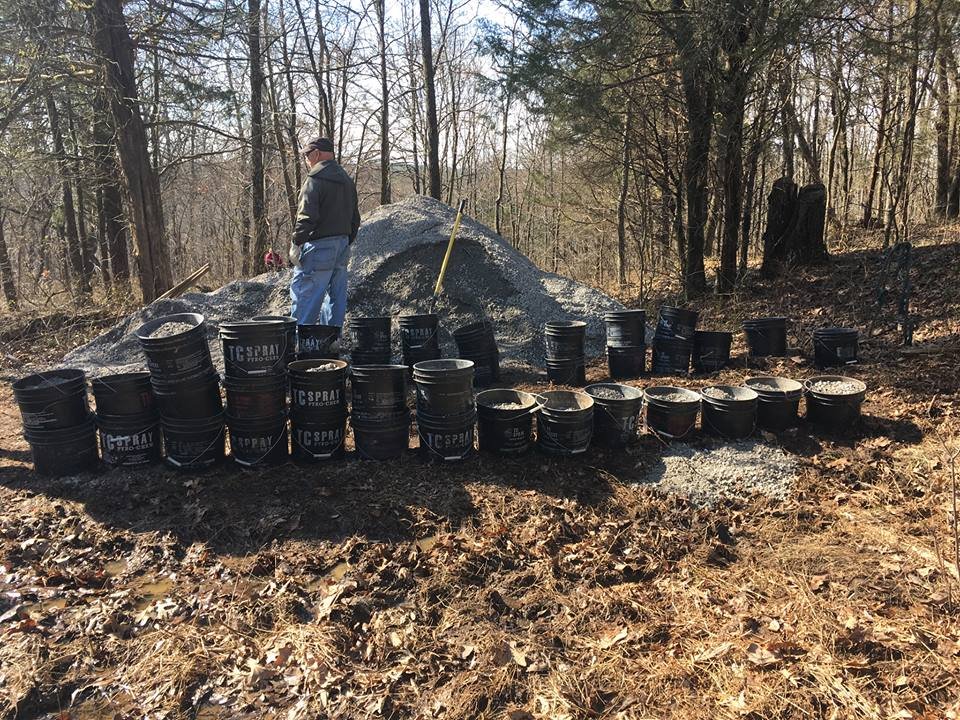 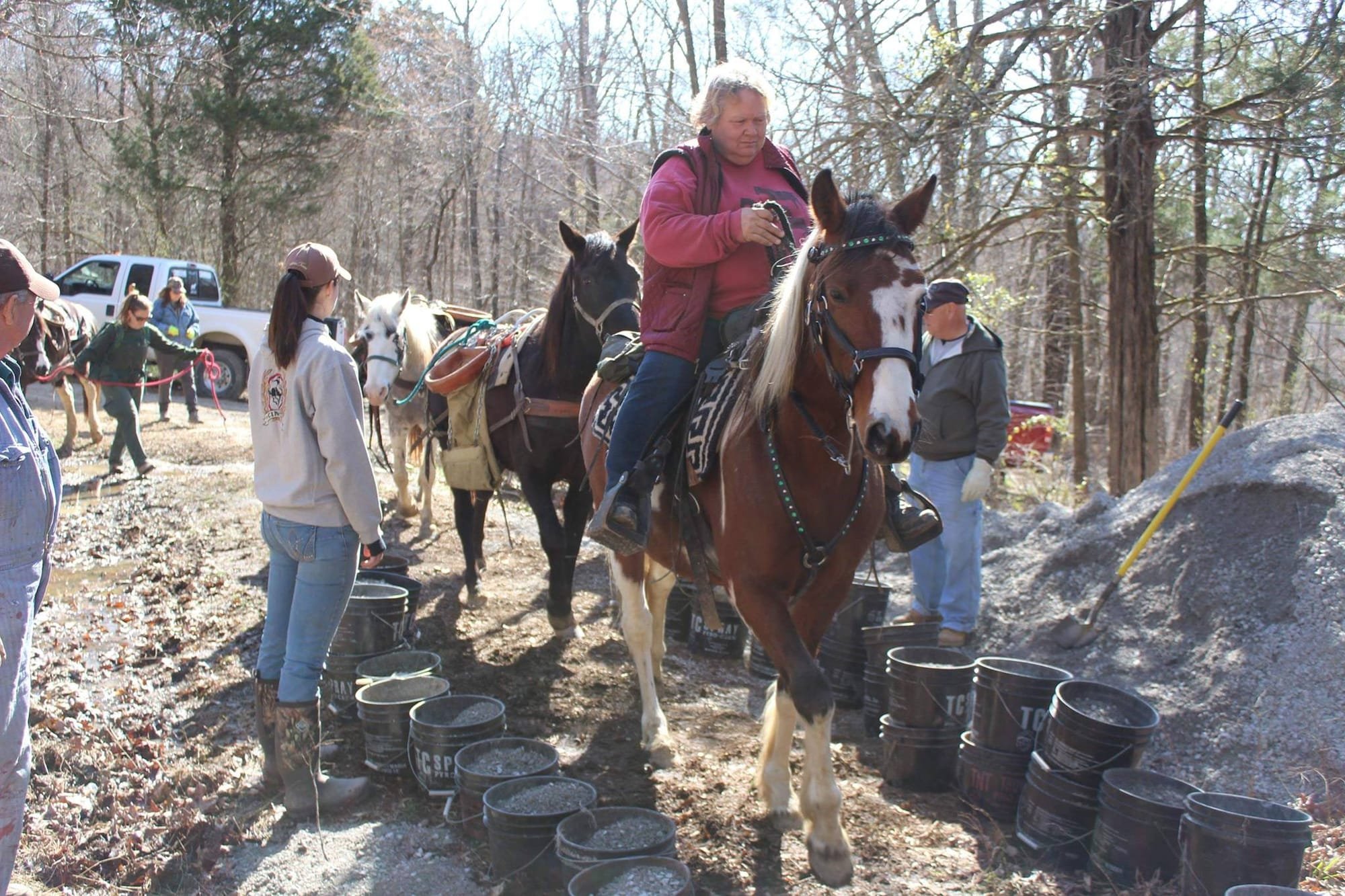 Having done some many pack days, an assembly line of buckets is ready for horses. 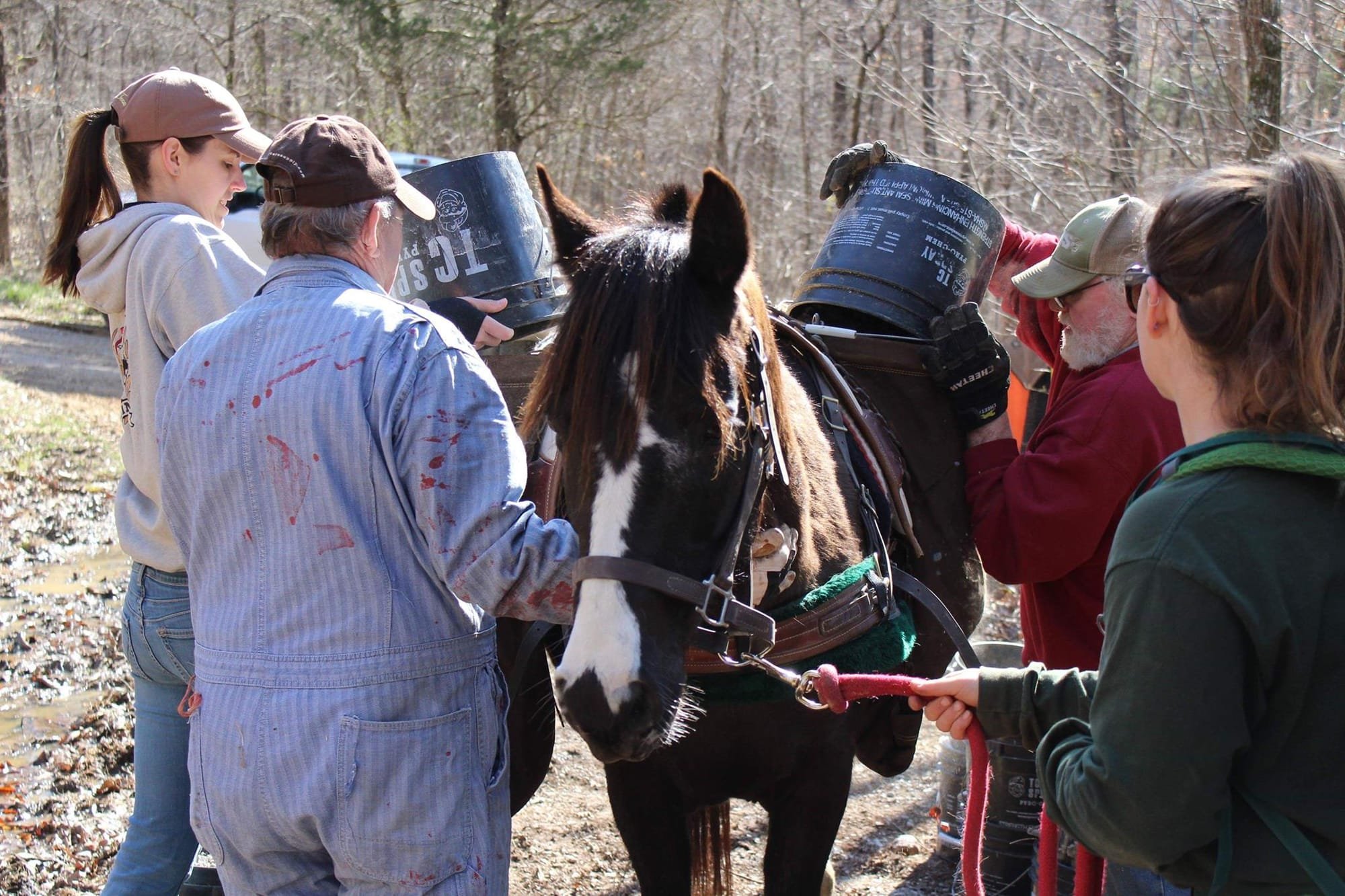 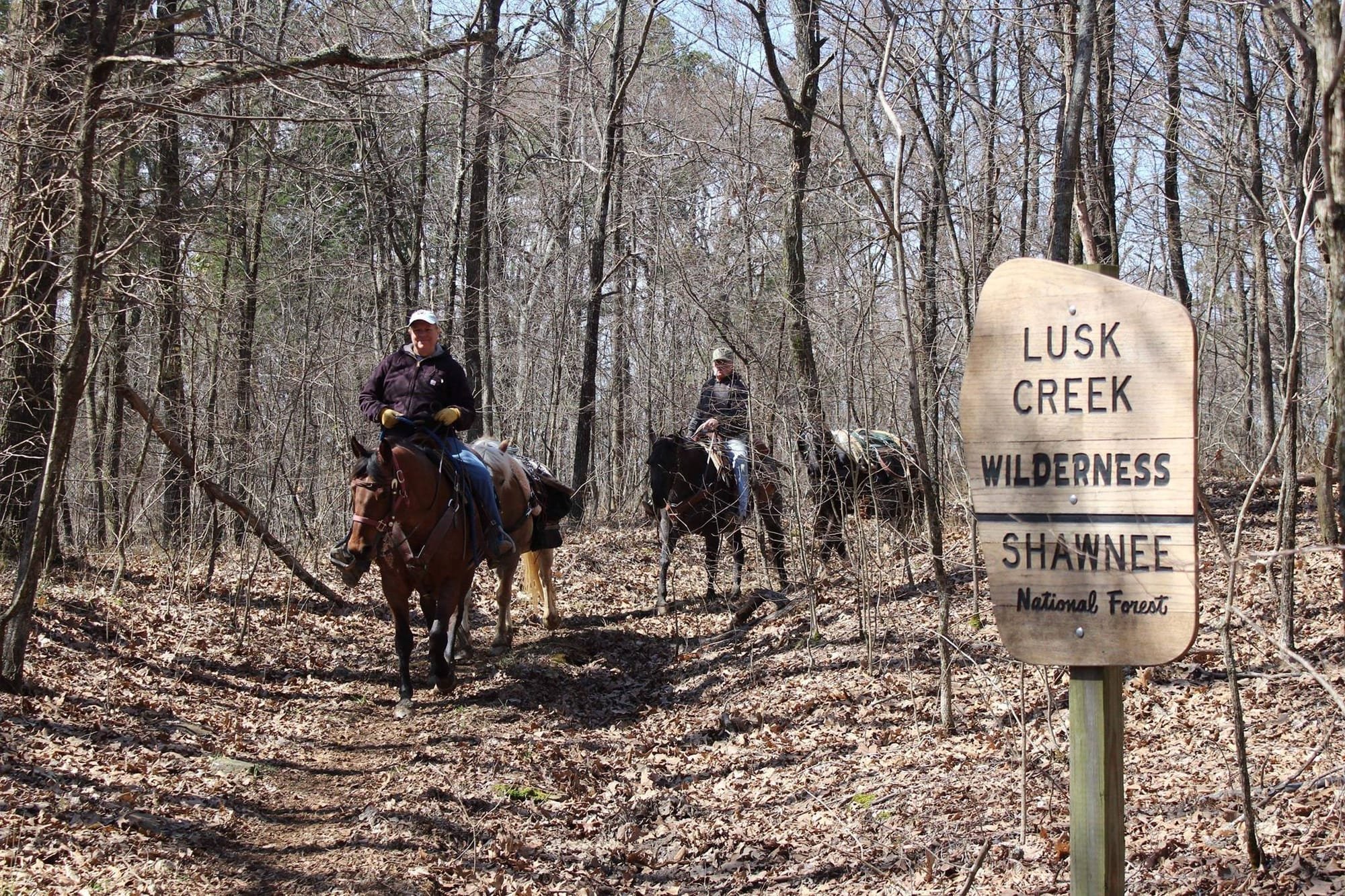 Packing in rock to the first turnpike 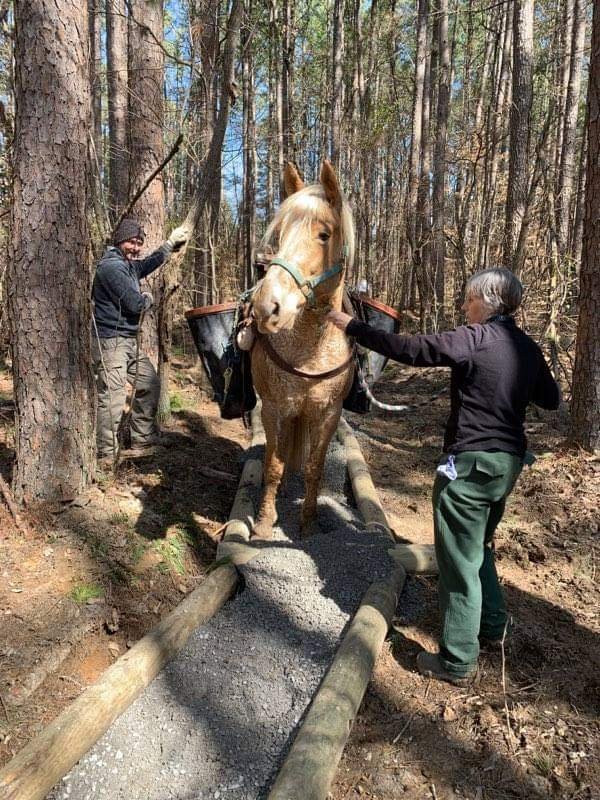 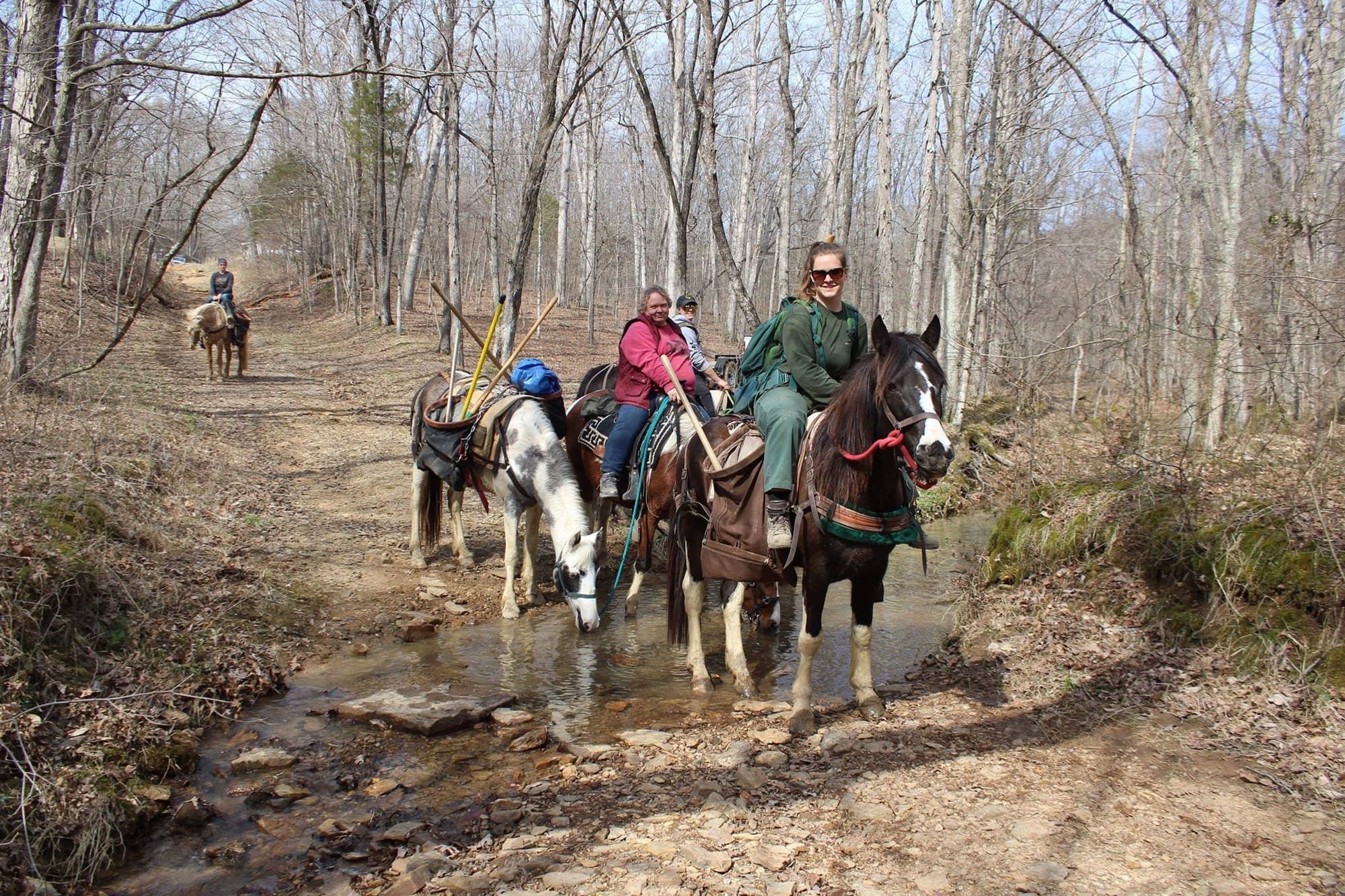 Hitching a ride back to get more rock 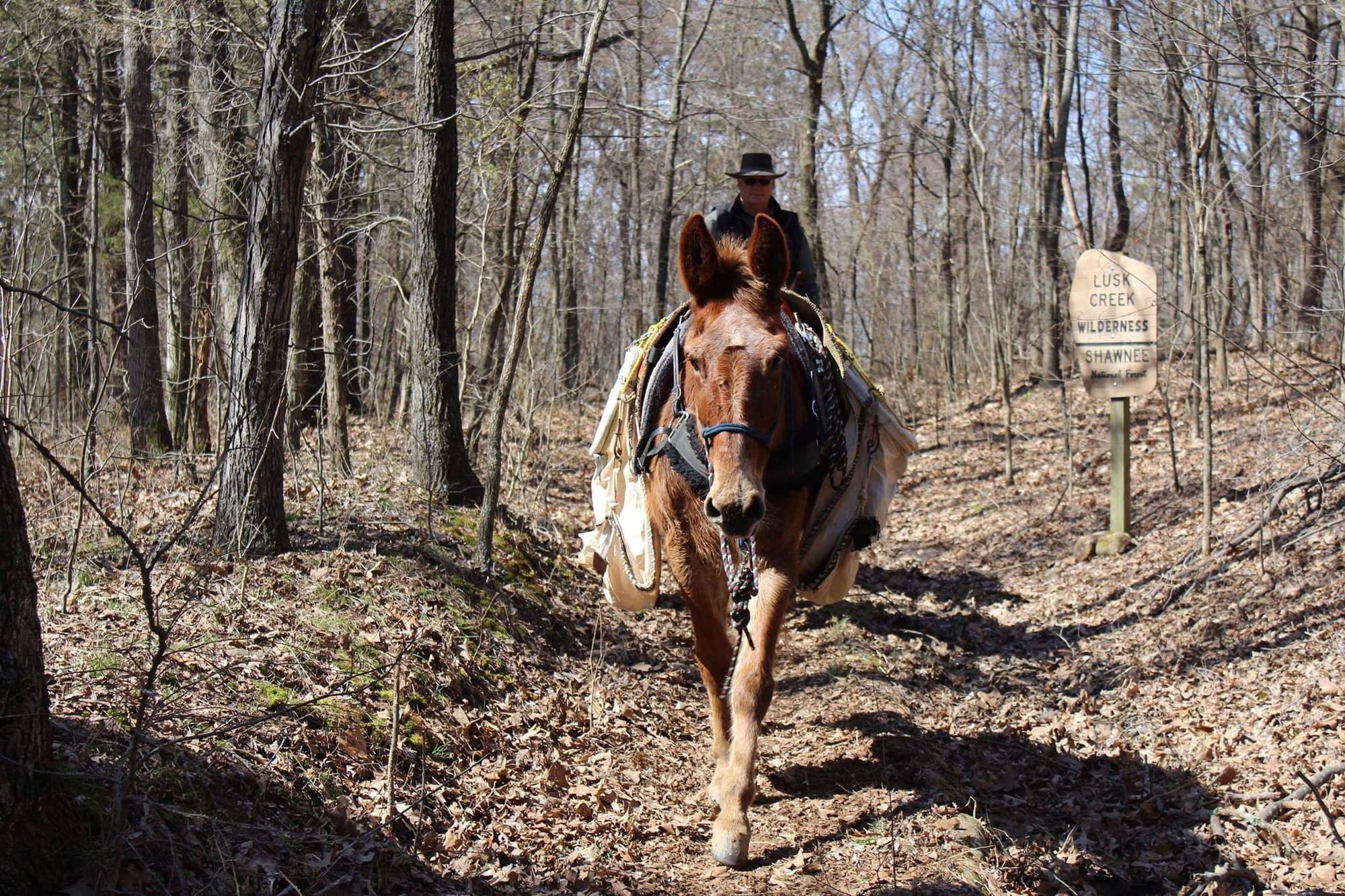 No one needs to tell this mule how to do his job, he's headed back for more gravel 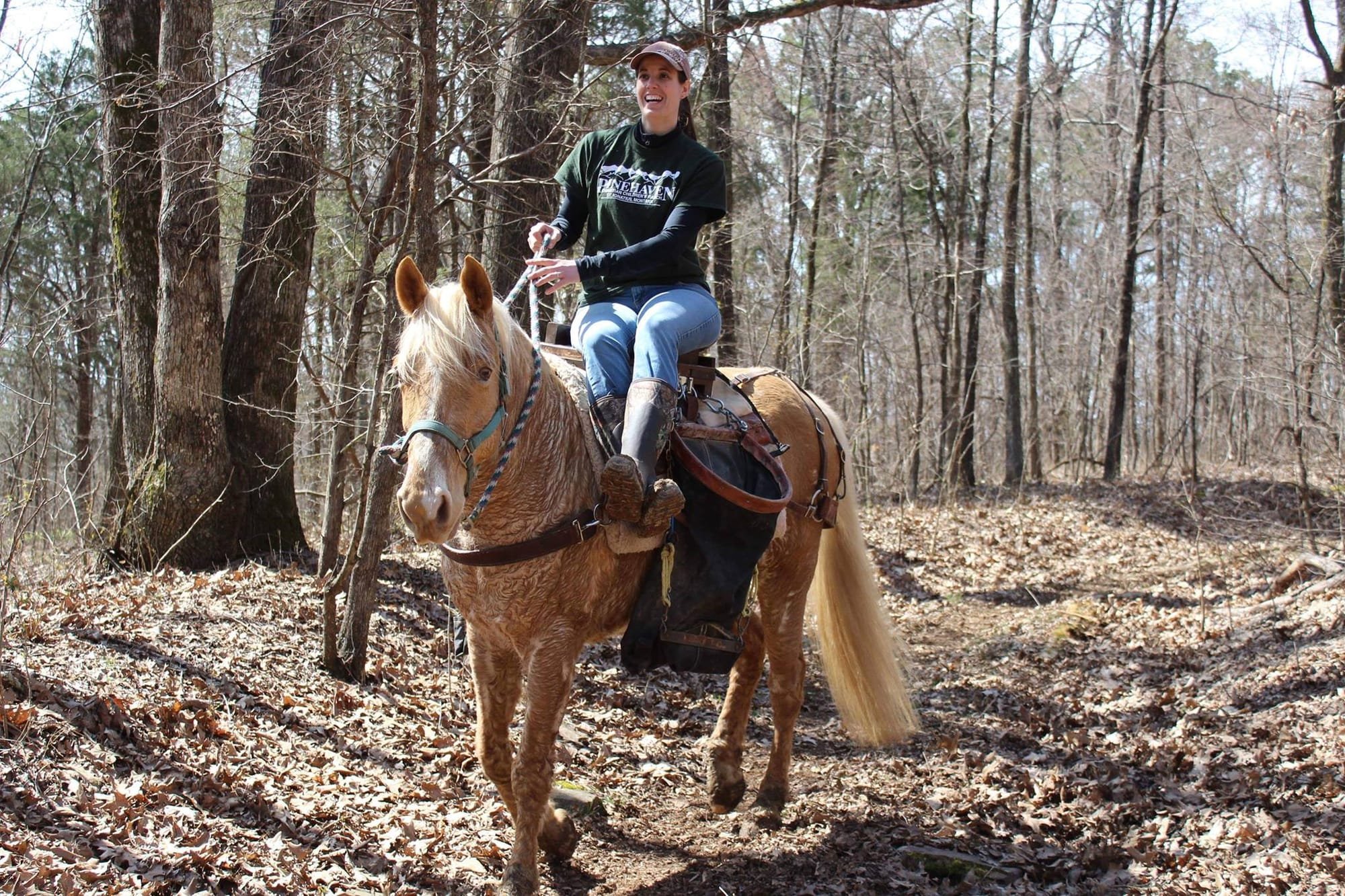 Volunteer having fun working and hitching ride back to the buckets 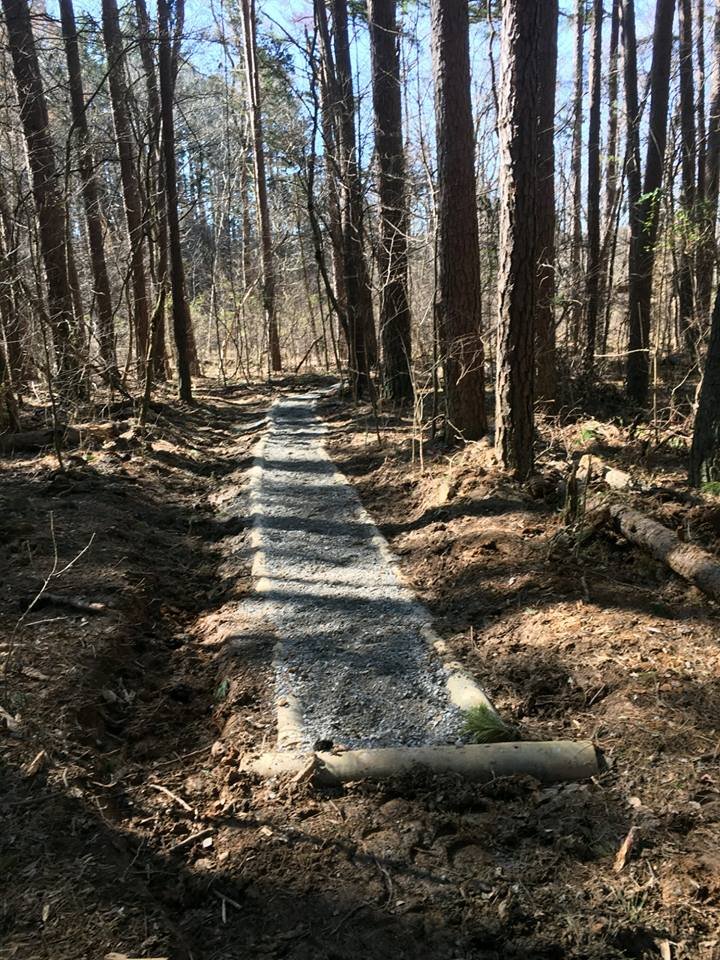 A core group from the STC worked on  this latest project but there has been several volunteers join. Thanks so much for help from FS Kelly and STC's Angie, Belinda, Rick and Cricket for completing the turnpike.  To packing day workers a big thanks to FS Kelly, Meagan and Alicia.  And to volunteers  Misty, Delaney, Belinda, Sandy, Sue, Dwight, Evan, Mojac and his brother in law, Angie, Rick, Cricket and Vicki and to Lucy for making the brownies!

We had 9 pack animals and we filled the first turnpike with rock.  We had alot of hard working ground crew volunteers who kept the buckets filled with rock and set them up and formed a lane for the pack animals to be led up in.  the buckets are lifted on each side and when both sides are ready the buckets are dumped in at the same time.  2 buckets on each side.  they must be dumped simultaneously so the bags don't slip to one side.  then they are led down the trail to the turnpikes we built in the wilderness.  the animals are led up into the turnpike and stopped.  2 workers, one on each side, get the bags ready to dump and they must be dumped simultaneously again.  then they are led back to the rock pile and it all starts again.  We are all happy to be working on our trails and really do have a good time!

Preparing for next turnpike by hauling in logs 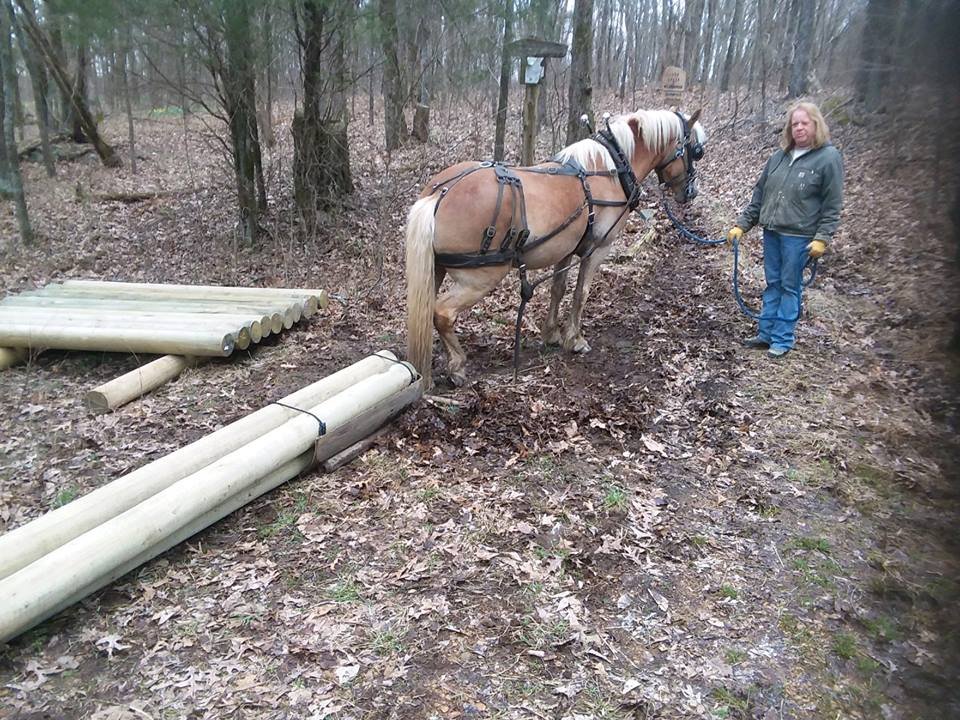 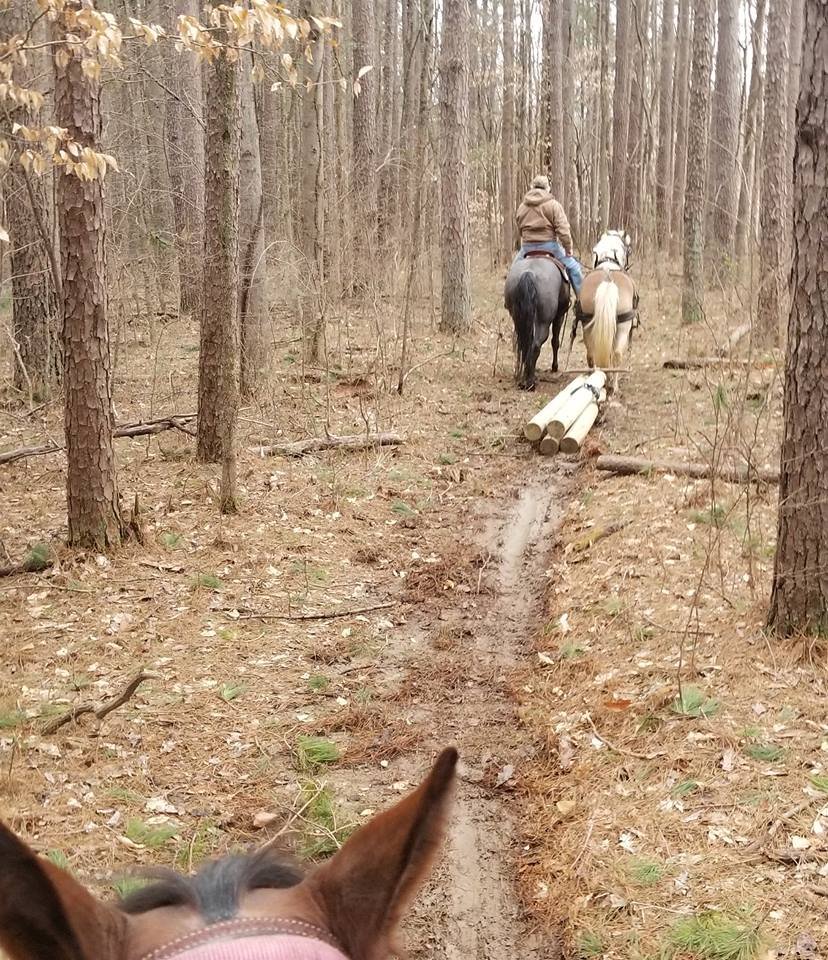 Sure easier than carrying in logs with human power 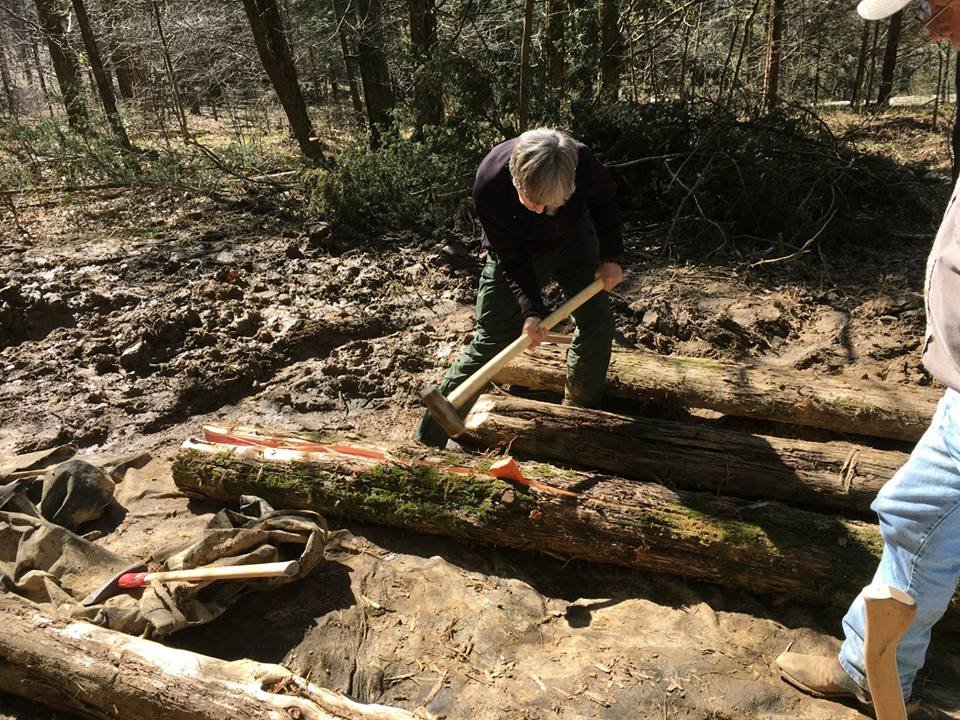 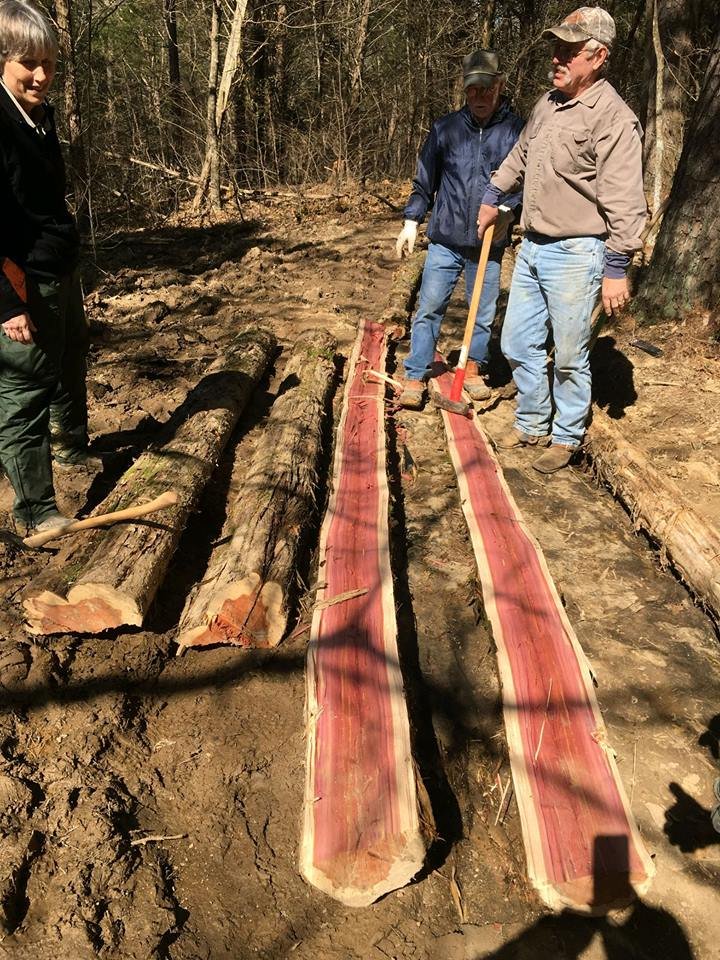 Cedars split ready to use